If you are an avid traveler who desires options in flight, the JetSmarter app should appeal to you. This mobile device app is a mobile community of shared and private flights. It provides private air travel seamlessly. Travelers connect to private jets at competitive ticket prices around the world. JetSmarter launched in November of 2013. The JetSmarter’s headquarter is located in Fort Lauderdale, Florida.

The person behind the business is Sergey Petrossov. He is the CEO and founder of the JetSmarter mobile app. He lives most of his life in Florida. In 2012, the University of Florida graduate saw a sharing economy need in the skies. Uber and Airbnb were gaining traction during this economy era, and Sergey Petrossov saw a pivotal space for jet aviation.

After many modifications, today, the mobile app gives members the capability to spend as low as $5000 per year and pay as high as $50,000 per year. JetSmarter attends to over 15,000 members. Their primary members are business travelers across the United States, the Middle East, and Europe. This CEO’s goal is to provide more efficient travel for everyone. The company wants to set a new standard without exclusivity. 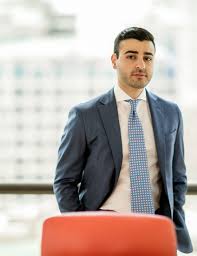 In 2015, two famous and wealthy persons showed support through the funding of JetSmarter. Jay-Z and the Saudi Arabian Royal family have provided 1.5 billion dollars in investment to the company. This app caught their attention because it allows members to both schedule flights or book empty seats on existing private jet all over the planet. Although jet aircraft are considered a luxury, the world’s 1 percent will not be the only group enjoying the fine things in life.

All of his life, Sergey Petrossov was always driven to work. The hustle was an innate driving force. The love of computers came from exposure in the computer science program as a student at University. At that point, he realized he wanted to go into technology. Petrossov discovered after University that his hobby of aviation and passion for technology could unite and create a world-wide diversity in air travel.